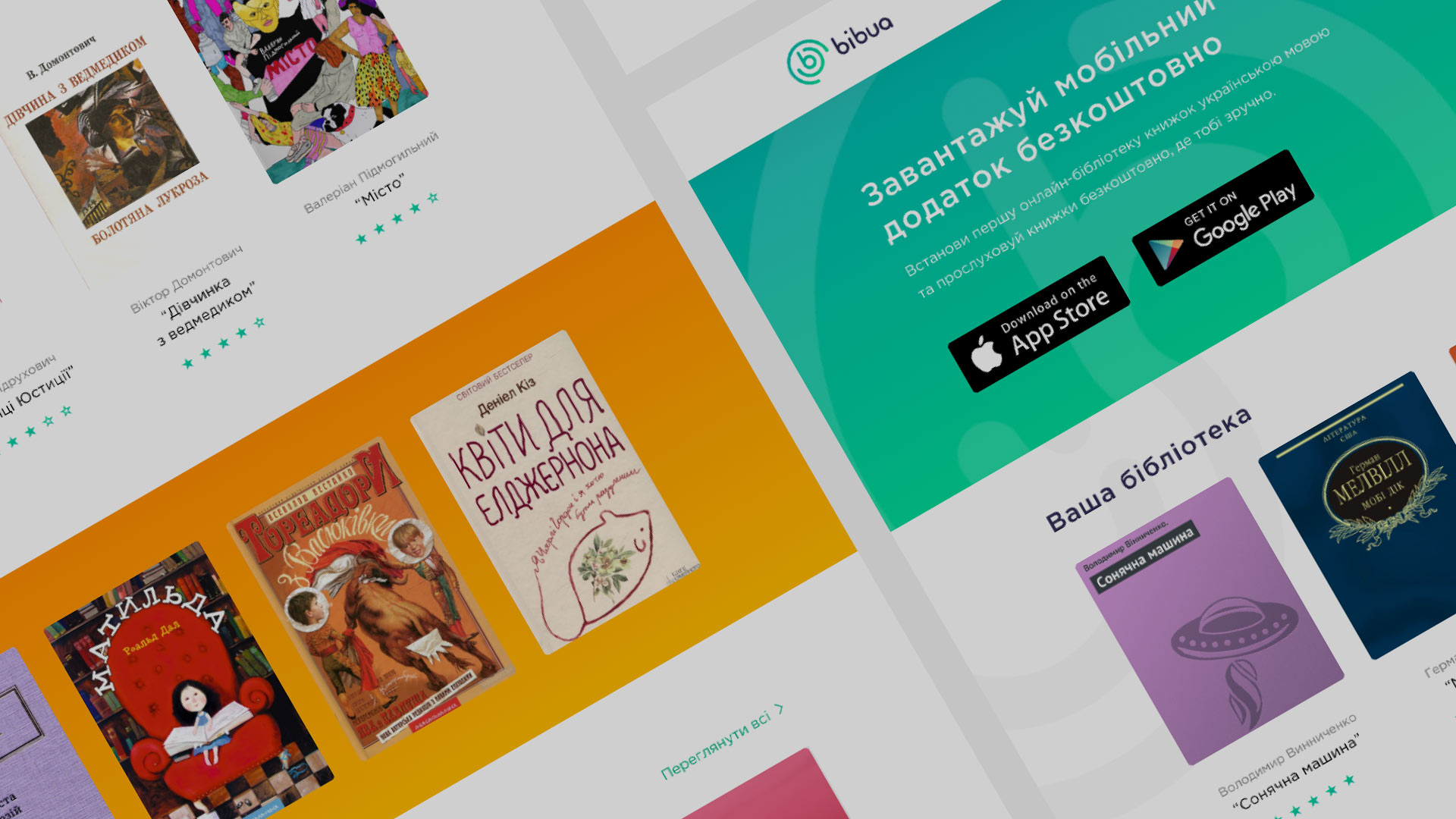 The idea of ​​Bib.ua was invented by the famous Ukrainian writer Kateryna Babkina. Its general idea was audiobooks, voiced in Ukrainian by well-known persons: Jamala, Les Podervianskyi and others.

The project aimed to popularize Ukrainian culture and literature, including for the diaspora in Canada and other countries. At that moment, the service was existing at the idea stage. We needed to help with its visualization for Bib.ua could be presented to potential investors and sponsors.

The collaboration began with naming and logo design. Both the name and the icon should naturally look on the smartphone screen. Also, it needed to contain the “B” letter and the attributes associated with the audio recording: sound waves, headphones. 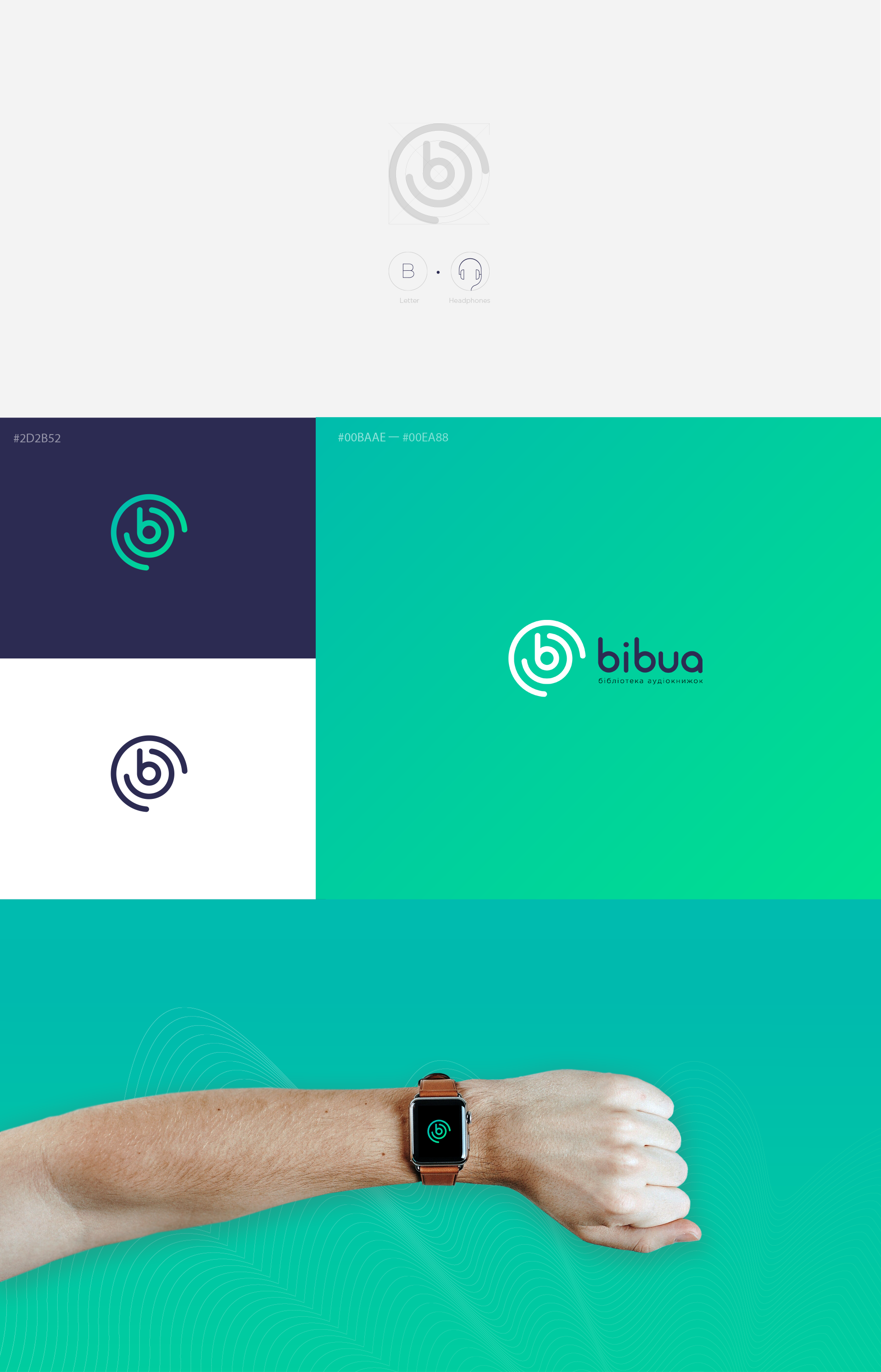 After creating the logo, we worked out the interface design concept for the Bib.ua web and mobile applications. 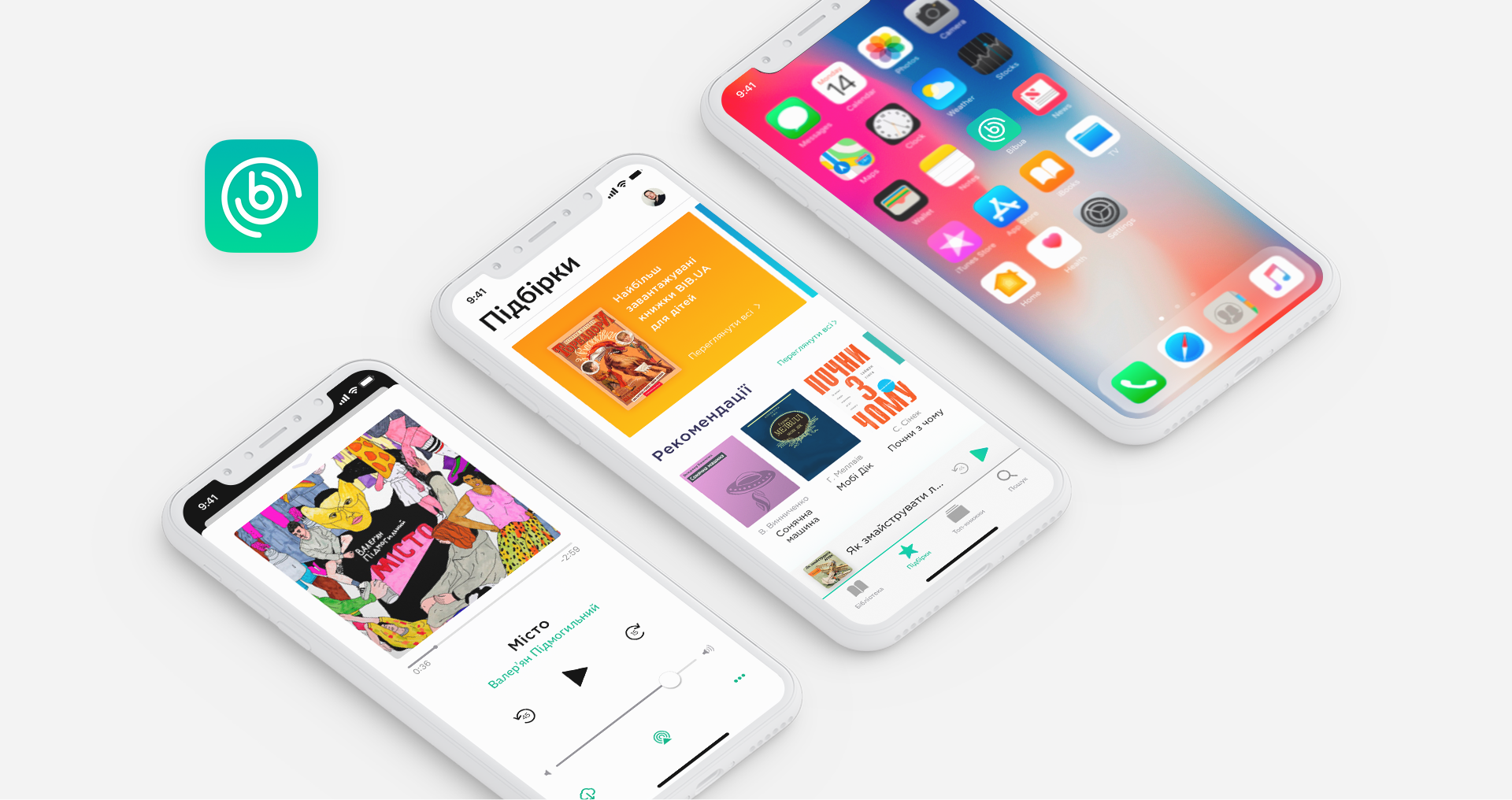